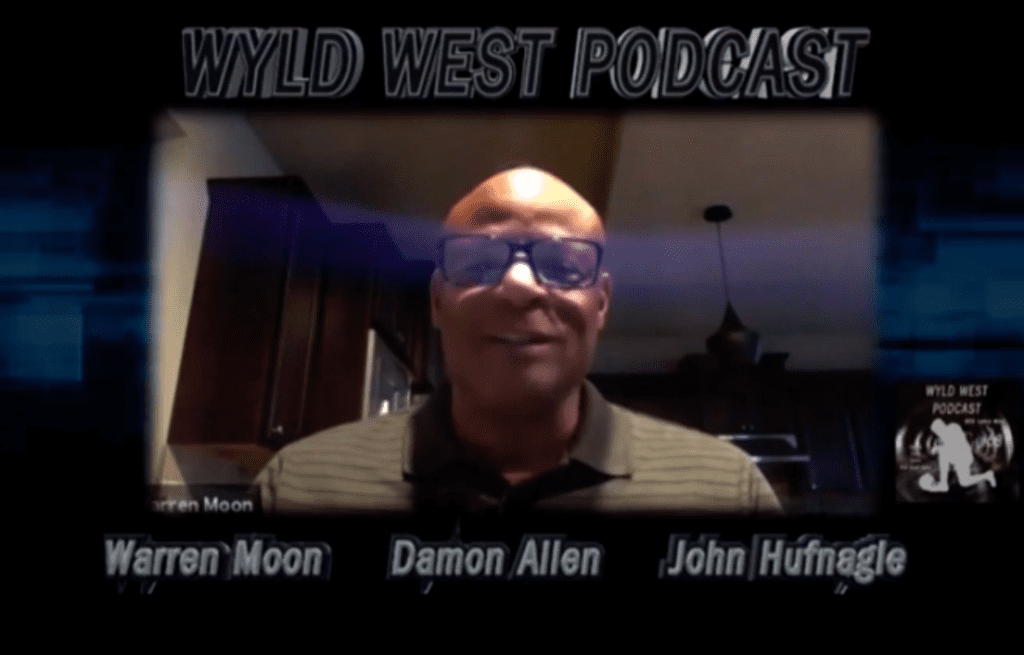 JAMES WYLD WEST PODCAST WEB / EPISODES NOW PLAYING… FOR PREVIOUS EPISODES STREAM ANYTIME ON COASTTOCOASTSPORTS.NET
HERE IS A BRIEF INTRODUCTION TO ONE OF THE GUESTS.
ITS A PLEASURE TO PROVIDE SOME INSIGHT ON Mr… Harold Warren Moon (born November 18, 1956) is an American former gridiron football quarterback who played professionally for 23 seasons. He spent the majority of his career with the Houston Oilers of the National Football League (NFL) and the Edmonton Eskimos of the Canadian Football League (CFL). In the NFL, Moon also played for the Minnesota Vikings, Seattle Seahawks, and Kansas City Chiefs.
At the time of his retirement, Moon held several all-time professional gridiron football passing records. Although relatively unsuccessful in the NFL postseason, his five consecutive Grey Cups from 1978 to 1982 remains a CFL record and he was twice named Grey Cup MVP. Moon was inducted to the Pro Football Hall of Fame in 2006, becoming the first black quarterback and the first undrafted quarterback to receive the honor. He is also the only player inducted to both the Pro Football Hall of Fame and the Canadian Football Hall of Fame.
STAY TUNED FOR OTHER HANGOUTS TO COME… to C2C Sports Central… As Former HBCU Alumni & CFL HALL OF FAME inductee Wild James West Podcast is released in 5 part Web series in addition to 3 part TV Broadcast.
Based on popular demand further interview footage may be released.
See Damon Allen ect… Get in on the fun amongst other NFL & Super Bowl Champions.
God Bless James West
STAY SAFE COAST TO COAST… C2C
BROADCAST LISTINGS IN YOUR AREA COMING SOON!
STREAM ALL EPISODES ON COAST TO COAST SPORTS.
#bomberalumni
#cflalum
Posted in Latest Sports News